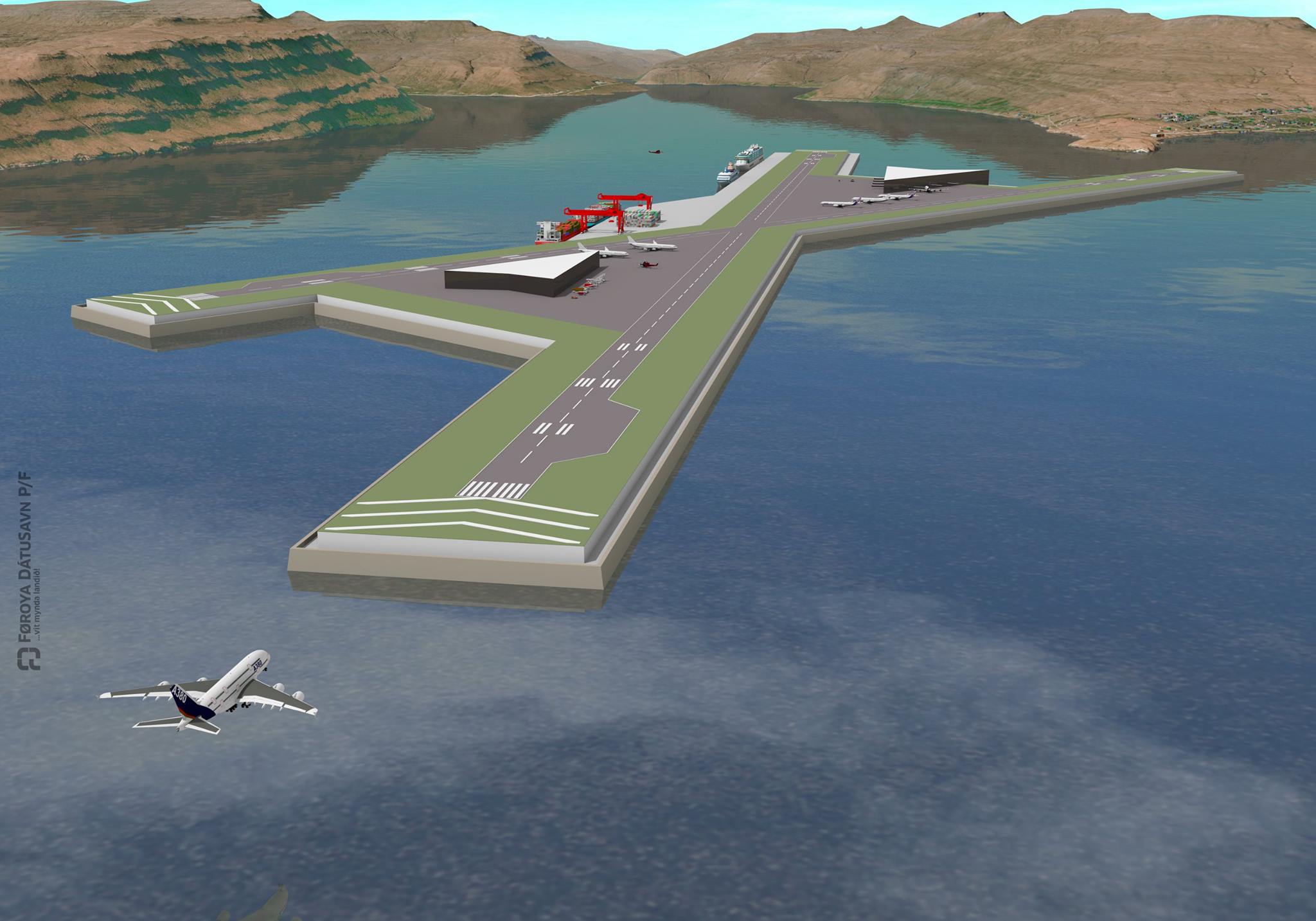 The project of making an underwater tunnel between the islands of Streymoy and Eysturoy (the two main islands in the Faroes) began in 2006. During these last eight years people with special relevant knowledge have now and again discussed the layout under the sea floor between the islands.

Jóannes Petersen, the architect, also had his thoughts about the layout. One layout in particular stuck with him, and that was the one that goes under “Flesjarnar” (The Skerries) in Tangafjord, which lie between the two main islands. He got this idea that the tunnel should surface at a ‘created’ island on Flesjarnar before continuing to the destined island.

Jóannes Petersen got in touch with all the relevant branches of service to co-operate with him on thisPort Island project. On this 19th island the plan is to build an airport with a cross runway in the shape of a slanted X, which is made up of two runways respectively 3.3 and 2.5 kilometres in length.

Jóannes Petersen got the experienced airline pilot, Rúni Højgaard, to assess the project.

Rúni Højgaard believes that the new airport will be able to achieve as good as 100% flight regularity. The direction of the runway is well suited for the Faroese weather conditions. Also the distance from the airfield to the nearby mountains is favourable, which makes the risk of turbulence all but non-existent. With current technology it will also be possible to land in foggy weather.